The CyberEthics Center is member in the following bodies:

Insafe is a European network comprised by 30 national Safer Internet Centers in EU member states and in Iceland, Norway and Russia. Every national Center implements awareness and educational campaigns, runs a helpline, and works closely with youth to ensure an evidence-based, multi-stakeholder approach to creating a better internet.

The mission of the Insafe cooperation network is to empower children and young people to use the internet, as well as other online and mobile technologies, positively, safely and effectively. The network calls for shared responsibility for the protection of the rights and needs of citizens, in particular children and youths, by government, educators, parents, media, industry and all other relevant actors. Insafe partners work closely together to share best practice, information and resources. The network interacts with industry, schools and families in the aim of empowering people to bridge the digital divide between home and school and between generations.

Insafe partners monitor and address emerging trends, while seeking to reinforce the image of the web as a place to learn. They endeavor to raise awareness about reporting harmful or illegal content and services. Through close cooperation between partners and other actors, Insafe aims to raise Internet safety-awareness standards and support the development of information literacy for all.
Cyprus joined Insafe in 2006 and has ever since been member of the European approach to better internet.

INHOPE was founded in 1999 and has grown to a network of 44 Hotlines in 38 countries across the globe. This was achieved with funding and support from the European Commission under the Safer Internet Program. In recent years Internet usage & connectivity have grown rapidly. It has changed the way we communicate, the way we do business and ultimately the way we live. Sadly there are those who use this technology for illegal activities especially spreading Child Sexual Abuse Material.

INHOPE Hotlines offer the public a way of anonymously reporting Internet material including child sexual abuse material they suspect to be illegal. The Hotline will ensure that the matter is investigated and if found to be illegal the information will be passed to the relevant Law Enforcement Agency and in many cases the Internet Service Provider hosting the content.

Cyprus has become a member of INHOPE in 2007 right after the establishment of a Hotline where people can report illegal content (child sexual abuse material and racist/xenophobic material).

EU Kids Online is a multi-national thematic network that aims to stimulate and coordinate investigation into children's online uses, activities, risks and safety. It employs multiple methods to map European children's and parents' changing experience of the internet. It also sustains an active dialogue with national and European policy stakeholders.

Cyprus joined the EU Kids Online network in 2008, and since then, not only the majority of research conducted in Cyprus on internet safety and dangers has been identified, but also extensive research data have been collected. 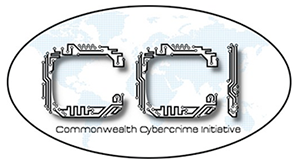 The Initiative aims at assisting the Commonwealth Countries to build their institutional, human and technical capacities with respect to policy, legislation, investigation and law enforcement with the aim of making their jurisdictions more secure by denying safe havens to cyber criminals, and assisting member states to be more effective partners in the global effort to combat cybercrime.

The Cybercrime Initiative promotes the sharing of expertise and best practice from existent resources, focusing upon the Commonwealth Model Law on Computer and Computer related Crime (Model Law) and also drawing from other existent treaties, toolkits, resources and instruments to enable countries to address the legislative gaps so that they can deal with incidents of cybercrime.

Cyprus, being the only EU country apart from Malta that is a member to the current initiative, represents the whole Europe and specifically all other European Safer Internet Centers and Insafe.

- To encourage the development of research and systematic study, especially on subjects and areas where such work is not well developed;

- To stimulate academic and intellectual interest in media and communication research, and to promote communication and cooperation between members of the Association; 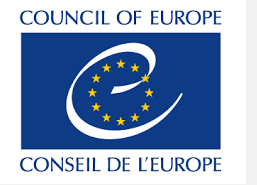 Octobus Cybercrime Community is a platform for information sharing and cooperation on cybercrime and electronic evidence which is open to public and private sector cybercrime experts from all over the world that participate in Octopus Conferences and other Council of Europe activities against cybercrime.
The online platform gives the members access to a number of tools on various topics such as cybercrime policies, legislation, training, cybercrime units, online child abuse, public/private cooperation and international cooperation.

The European Cyber Security Organisation (ECSO) ASBL is a fully self-financed non-for-profit organisation under the Belgian law, established in June 2016.

The Humanitarian Affairs is member in the following bodies:

The European Council on Refugees and Exiles (ECRE) is a pan-European alliance of 87 NGOs protecting and advancing the rights of refugees, asylum seekers and displaced persons. Our mission is to promote the establishment of fair and humane European asylum policies and practices in accordance with international human rights law.
Website: http://www.ecre.org/

UNITED coordinates, supports and strengthens a network of 560 organisations from 46 European countries. They all share values such as intercultural communication, diversity and Human Rights. We are concerned about the international situation and about the direct and indirect forms of discrimination, hate crimes and intolerance and highlight intercultural understanding, equal rights for all and a Europe without racism.
Website: http://www.unitedagainstracism.org/

The European Network of Rehabilitation Centres

In 2003 organisations working with survivors of torture created an informal network to enhance coorporation and the sharing of expertise
ELENA: The European Legal Network on Asylum (ELENA) is a forum of legal practitioners who aim to promote the highest human rights standards for the treatment of refugees, asylum seekers and other persons in need of international protection in their daily individual counselling and advocacy work. The ELENA network extends across most European states and involves some 500 lawyers and legal counsellors.
Website: http://www.ecre.org/topics/elena/introduction.html